Inline Hockey Ireland is committed to improving the future of the sport of inline hockey in Ireland. Part of this is to attract and retain more female players in the sport. Female players are not currently restricted from playing in any of our leagues from U10 to Elite and that will continue to be the case. All IHI clubs must be welcoming to female players, whether this be welcoming them into your club or assisting in finding the right club for them

Teams will be selected from the development squad to attend these competitions.

Female players aged 14 or above of any nationality that are registered to Inline Hockey Ireland are able to get selected to the development squad.

As inline hockey is not yet recognised by Sport Ireland we receive no financial assistance from the government. This means that all costs have to be funded by ourselves. We are committed to financially assisting as much as possible, but we need to be economically sustainable. Therefore majority of costs will fall on the players and their families. However, we will organise fundraising events and source as many sponsors as possible to ensure this cost is kept to a minimum. 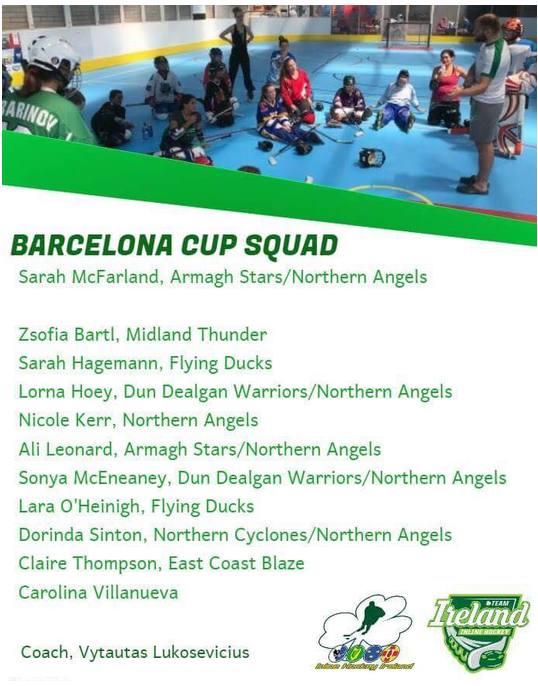